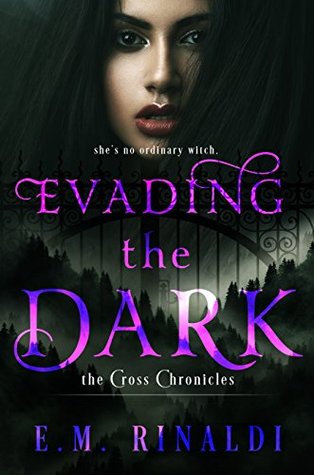 
High school sucks. It doesn’t matter who you ask; jock, cheerleader, computer nerd, or band geek, they will all say the same thing: It’s a nightmare. But Casey is still wondering how she got the short end of the stick. Just a Sophomore at the prestigious Luthos Academy for Magical Beings, Casey already knows more about heartache and fear than any almost-sixteen-year-old should. Orphaned and left to be raised by the Academy, she spends her days training to become a Guardian, but that dream is looking dimmer with every day that passes.Unlike the wand-waving heroines in all her favorite books, Witches in her world don’t cast spells, they are born wielding the power of nature: water, fire, earth, or air; powers Casey never developed. She’ll be lucky if they even allow her to take her final exams.
She is top of her training class, but that doesn’t keep her from being looked down upon by every other being at her school. All Casey wants is to be given a chance, instead she finds the only life she’s ever known targeted by an unfathomable evil. Thrust into the center of an age-old prophecy, a war is coming with Casey at the reins.
Will relying on her hard earned training be enough for her to make it out alive?

Goodreads / Amazon
—
Are you a book reviewer?
Request a review copy here!
—
EXCERPT:
10 years earlier …
I should have known that something bad was going to happen, but at only six years old, I didn’t know how to put my feelings into words. At least, not those feelings. How was I supposed to tell mommy that something dark was following us; that I could feel its eyes on me while its hungry breath fogged up the window? I knew she wouldn’t understand, outside it was anything but dark. The sun was shining clear and bright and laughter trickled in from the barbeque next door. Why would she believe me, a kid, when what I felt was not reflected around us?
I should have told her anyway. I should have screamed it until she listened, because, as it turned out, she knew the darkness was there too.
Looking back, all the signs were there—blatantly so. It was a Sunday, the day that my mom always took me to the park. I loved those days. She would always have a new adventure planned for us: catching butterflies that we’d pretend were fairies or climbing trees that she made me believe were the tallest mountains.
But not that Sunday. I thought it was weird that she didn’t want to go outside, mommy loved being out with the trees, but I didn’t argue. I had my own reasons for not wanting to go out. And it wasn’t too bad in the house; true to form, mommy tried to play the night out like it was just another adventure.
“We’re really in a secret cave hunting for lost treasure,” she said.
She led me all around the house, making obstacles out of the furniture until we made it to the “treasure”—a fresh baked batch of brownies. The whole time I thought it was just a new game. It was my naivety that kept me from seeing how my mother moved a kitchen knife from its drawer to the counter, or how all the “obstacles” looked strategically placed.
I couldn’t tell then, but now it’s all too clear; she knew that something was coming. Or someone.
They came late in the night. We were halfway through The Lion King when there was a knock at the door. My mom turned off the movie and instantly knelt in front of me to quiet my cries of dismay. There was no explanation for why the movie was gone; she had no chance to give one. The knock at the door swiftly turned violent, with more blows sounding on the back door and surrounding windows.
I was ushered into the dark crevice where our couch met the wall. Almost too big to fit, I managed to squeeze in just as she ran to the kitchen and grabbed the knife. I heard her yell frantically into her phone as the harsh pounding became so vehement that it felt as if the whole house shook. Whether it’s because I was too young or unintentionally blocked it out, I can only remember bits and pieces of what she said.
“Eli, they’re here! Help! … 120 Huckleberry …”
At one point I heard a splintering crack as one of the doors started to break. I crawled further into the crevice as my mom spoke faster.
“… not enough time! … I’m so sorry. Take care of her.”
I never saw what happened next, but I remember every sound: the high pitch of our glass windows shattering, the harsh moan and crack as the already fragmented door gave way, followed closely by my mom’s scream. And I heard what I now recognize as the sound of a fight. I sometimes dream that my mom won that fight and came to get me and everything was okay. But that’s not how it happened.
The fighting ended in an eerie silence. I almost crawled out of my hiding spot, but even my undeveloped instincts could tell that I wasn’t alone. Whoever was still there was looking for something. Before I knew it, it was silent yet again, but this time it was real. This time, it was forever. 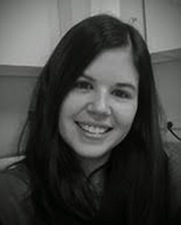 Author Bio:
E.M. Rinaldi lives in Charlotte, North Carolina with her fiancé, Milz, and their slightly psychotic pup, Boone. She works as a Registered Radiologic Technologist,taking pictures of mangled bones for hours on end- then she writes about all the bizarre situations her characters get themselves into while she was away. She is a Second Degree Blackbelt and can’t write a story without at least one fight scene in it.
When she’s not writing or trapped at work, E.M. likes to read (obsessively), clear her DVR, and have all night Buffy marathons with her friends, complete with cookies and cinnamon rolls.
Her love for writing stems from an early age where she would create stories on an old computer program and force anyone within grabbing distance to read them. Not much has changed; be warned: stay out of grabbing distance.
​
E.M. is a new YA author and her debut novel, Evading The Dark, is available now. ​