Guest Post: The Process of Writing with A. M. Bochnak 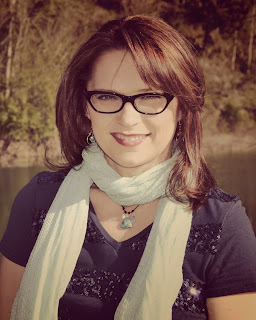 The Process of Writing


I’m often asked about my writing process and for advice on how others should approach writing a novel. I wish there was an easy answer to this question, but it’s surprisingly a hard question. When you break down writing a novel into its simplest form, it seems so easy. You start with the basic three act structure and identify all the key plot components that need to be considered to tell an engaging story and you start writing. Sounds simple enough. Wrong.

Here’s the thing. No two people approach writing the same way. And no two people are inspired to write via the same techniques. Some people are plotters (that’s me, every detail must be planned out from beginning to end before I write a single word) and some people are pantsers (those who fly by the seat of their pants and don’t plan anything out). Personally, I have no idea how the pantsers do it, but that approach works very well for so many.

Beyond plotting, there’s the process of just sitting down to write. Sometimes I can sit down and simply brain dump. This is a process by which I don’t let myself think too much about the words I’m putting down on paper, but rather let information dump onto the page without a care in the world about the prose. Sometimes this works really well for me when I’m struggling with where to the take the characters or how to get them to the next major plot point.

As I’ve grown as a writer, I’m finding that I’m leaning on this technique a lot less than I used to. In large part, because the amount of rewriting required is significant. Yes, you read that correctly, rewriting. Writing the first draft of your first book doesn’t even scratch the surface of the amount of writing still required to make the book great.

It took me almost three years to plan, plot, organize, write, rewrite, rewrite again (and again), and edit my debut novel, Fortitude Rising. I rewrote this book so many times, I lost count of my revisions. Not everybody takes this long or goes through so many revisions to get to the final product, but for me it was very laborious and on occasion, painful. At times, I thought it would never be finished. No matter the frustration or mistakes I made, I continued and worked hard to get it right.

People are surprised to hear my writing experience with my first book and often ask me why I did it if it was so painful. All I can say is I loved every minute of it, even all the frustration and pain it caused me. There is a skillful art to writing. It’s not something you’re born great at, and you must work at it every day. Yes, it comes easier to some than others, but everyone who wants to be a good writer and write books that others will enjoy and read for years to come, must be willing to work harder than you’ve ever work before.

The good news is, it gets easier. I started writing the second book in this series, In the Wake of Rebellion, long before Fortitude Rising was published. The third book in this series is plotted and ready to write as soon as I am finished with book two. All you have to do is finish one book, that’s the hard part. The others will come and be easier than the first. The most important thing to remember through this process is to have fun. This is your imagination at it’s best and nothing should stop you from starting.


A.M. Bochnak is a dreamer. With her head in the clouds or her eyes turned to the stars, she spends countless hours imagining new adventures and far off worlds for which to travel. When she isn’t dreaming, she writes science fiction and fantasy with her focus on epic fantasies, apocalyptic and dystopian fiction. Fortitude Rising, a sci-fi dystopian fantasy, is her first published novel. She is an American author, born and raised in southern Ohio and now lives in Gainesville, Florida. www.ambochnak.com 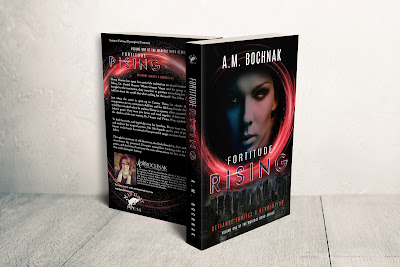 
Ebony Hunter has spent her entire life isolated on an island institution run by her father, Dr. Daniel Hunter. When Connor Vance and his group of outsiders are brought to the institution, they cause her to question everything her father has ever told her about the world. But who’s telling her the truth? Her father or the outsiders?

Just when she starts to open up to Connor Vance, he admits that he and his companions are on a mission to kill her and her life-long friends. Connor’s mission to kill her is halted when he realizes Ebony is a pawn, albeit a powerful pawn, in her father’s game. They must join forces and work together if they ever hope to escape the clutches of the true enemy, Dr. Hunter and Vivian Way, a political reformist.

To find the truth, and hopefully earn her freedom, Ebony must overcome her fears and embrace her magical powers. Her life depends on the trust of people she hardly knows as the battle for control of her powerful magic escalates between her and her father.

Through her journey of self-discovery, she finds friendship, love, and a strength she never knew she possessed. Everyone around her is taking sides in the struggle for power, and the lives of everyone she cares about are on the line as the tension rises in this sci-fi dystopian fantasy. Available on Amazon: https://www.amazon.com/dp/B07DCF1XCP
Posted by Jessa Julian at 2:23 PM