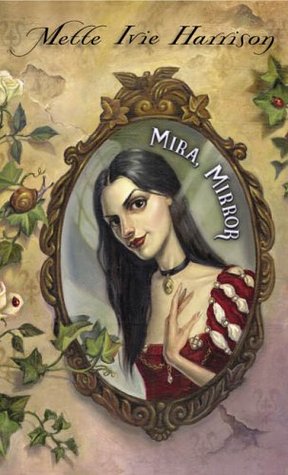 Abandoned by her parents, and then apprenticed to a witch, Mira is captivated by the other young apprentice, who adopts her as a sister. Mira would do anything for this beautiful girl- and that's just what her sister bargains for. With the utterance of a simple spell, Mira's body is turned to wood, her face to glass. Her only power is the magic her sister gives her, the power to make her sister a queen.

But the sister disappears, and where one fairy tale ends, another begins. Mira is left to gather dust until a new hope arrives-a peasant girl with troubles of her own. Soon the two are on their way to find a new kind of magic, a magic that gives life instead of taking it.

I definitely enjoy alternate versions of fairy tales and was excited to come across this one!  As with all books, there were definitely things that I liked about it and things that I did not enjoy. Because of time constraints, today's review will be rather condensed. I am excited to share that this book has been added to my classroom library!