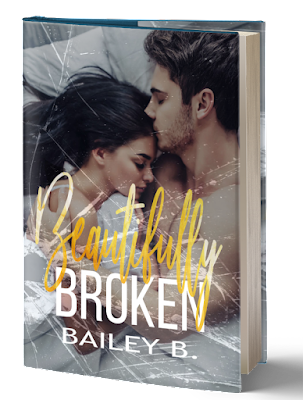 
Most people don’t think about the day they’ll die. They coast through life, blissfully unaware of how their time is ticking away. I wasn’t like most people. I welcomed death, wanted her to take me away from the prison I called life, but she refused. I tried twice only to survive. And then, when I thought I had nothing left it came.
A reason to live.

Rex was a small, unexpected ray of light my world of darkness that blossomed into a beam of sunshine. I thought, maybe this was why Death didn’t take me. Maybe she knew that if I held on a little longer things would turn around. But the third time Death came to my door wasn’t by choice. Someone else brought her, and I fear this time she might take me.

Being the son of a country star sucks. My parents are never around, I move every year or so, and I have no real friends. Everyone around me has an agenda. Everyone except Piper Lovelace. I can’t get that girl to notice me. Trust me I’ve tried.

Thankfully, fate stepped in and gave me the break I needed. I’ve got her attention, now I need her to give me a chance. 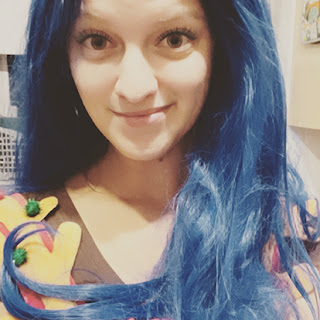 Bailey B is an up and coming New Adult author. She lives in Lehigh Acres Florida with her husband, twin girls, and two fur babies. She enjoys (but doesn’t get to take part in because of her crazy daughters) the simple things like Disney+ binge watching, Netflix romcoms, reading and sleeping. She reads two to three books a week and thinks if narwhal’s are real animals then unicorns might be too.
Amazon Author Page | Facebook | Twitter | GoodReads | Website | Instagram

“Stop,” I mumble, my smile growing harder to contain. There’s a playful energy building between us, one I wish he’d act on.

The corner of Rex’s lips twitch as he tries to hold a straight face. “Stop what?”

“Looking at me. It’s weird.” My heart hammers in my chest, beating against my flesh like a caged animal desperate to get out. I lick my lips. Why? I don’t know. Apparently, my tongue has a mind of its own and wants his attention. Rex’s gaze flickers down to it for a full second then finds my eyes again. He shifts, turning his body towards me, leaning an inch closer.

I can do this. If he can touch me, he can kiss me. What’s the worst that can happen? I don’t know, a debilitating panic attack where you seize up and die? Meh, I’ll risk it.

“I can’t help it,” Rex says breaking eye contact to take a sip of his water. “You’re beautiful.”

Butterflies swarm in my stomach. I don’t know how he’s doing this to me. I feel alive again. Maybe this is why Death didn’t take me. Maybe she knew Life had a plan and something good was coming. Rex could be that something good. I roll my eyes, a nervous laugh escaping me. “Yeah. Okay.”

Rex leans back against the arm of the couch, his brows knitting together. “Can I ask you something?
”
Oh gosh, this is it. He’s going to ask to kiss me like a true gentleman. Yes! The answer is yes! “Maybe.”

He chuckles, and the sound sends the butterflies into overdrive. So much flipping and thumping inside me. I can’t take the anticipation anymore. I’m ready.