The Magical Story of The Magician's Workshop: A Review 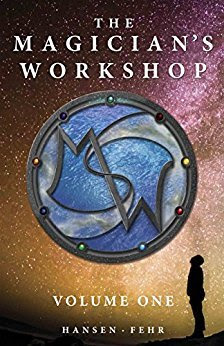 I received an eARC from the authors in exchange for my honest and unbiased review.

Everyone in the islands of O’Ceea has a magical ability: whatever they imagine can be brought into existence. Whoever becomes a master over these powers is granted the title of magician and is given fame, power, riches, and glory. This volume of books follows the journey of a group of kids as they strive to rise to the top and become members of the Magician’s Workshop.

Layauna desperately wants to create beautiful things with her magical powers, but all she can seem to do is make horrible, savage monsters. For years she has tried to hide her creations, but when her power is at last discovered by a great magician, she realizes that what she’s tried to hide might actually be of tremendous value.

Kai just wants to use his powers to have fun and play with his friends. Unfortunately, nearly everyone on his island sees him as a bad influence, so he’s forced to meet them in secret. When one of the creatures they create gets out of control and starts flinging fireballs at their town, Kai is tempted to believe that he is as nefarious as people say. However, his prospects change when two mysterious visitors arrive, praising his ability and making extraordinary promises about his future.

Follow the adventures of Kai, Layauna, and a boatload of other characters as they struggle to grow up well in this fantastical world.

My Thoughts
Wow!  This was definitely an enchanting tale. But, as usual, I found a few things to praise and a few places to put in my two cents (or two gryns, as in the novel).

First, I fell in love with all of the characters. I thought that although they were very simply developed, they brought a true feeling of life to the story.  Although they didn't have deep-seated secrets, they had youth and vitality. Both of those things will be greatly enjoyed by a middle school audience.

Second, I loved that there was never a dull moment.  The authors worked really hard to bring action and suspense into the novel and their hard work should be praised!  They created characters that their readers will care about, and then put them into high suspense situations...and then promptly changed to a different POV to leave the reader dangling.  Nicely done!

Third, I think it is really important that the authors infused this book with diversity. Each character is proud of who they are and accepting of others, even though they are in different clans or from different regions.  This shows today's middle school audience the proper way to handle such situations.

Unfortunately, there were a couple things that I really think the authors should review.

There were several places where the same names were spelled differently.  While they were typically small changes, those small changes will be enough to confused middle school audiences.  I can think of many of my students who would get so overloaded by the challenge of reading a book and names that don't seem to stay the same that they would just give up.  I would hate to see that happen to this piece.

Additionally, there are many things that the audience is left to question that should really be explained.  What the heck is wrong with Kai?  Why are there different kinds of clans and what does it mean to be a D. Shield or an S. Shield?  Again, these will be stumbling blocks for many middle school readers.  It would be more helpful to the students to have fewer background elements to ponder as they try to work their way through such a complicated plot.

Overall, I truly enjoyed this book and look forward to reading the second volume. 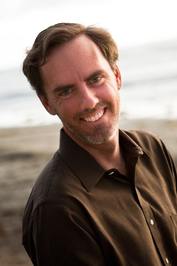 Christopher Hansen
The first glimmering Chris Hansen had that there was far more to reality than he had ever imagined occurred six days after his ninth birthday.
“Christopher!” cried a wise, old sage. “Life is full of deep magic. Miraculous things happen all the time and all around us, if you know where to look for them.”
Full of expectation and childlike optimism, Chris began searching for this magic, prepared to be surprised and amazed by it. And he was: he found Wonder! Now he’s chosen to write stories about it. 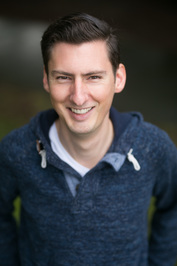 J. R. Fehr
When J.R. Fehr popped out of the womb, he knew there was more to the world than the four boring hospital walls that he was seeing. “Zango!” his newborn mind exclaimed as he saw people appear and disappear through a mysterious portal in the wall. As a child he found life wowtazzling, but as he grew older the cold water of reality hit him, and the magic he once knew vanished. After spending some wet and shivering years lost in a joyless wasteland, he once again began to see magic in the world. He writes because the Wonder of true life is far grander than anything he ever thought possible.