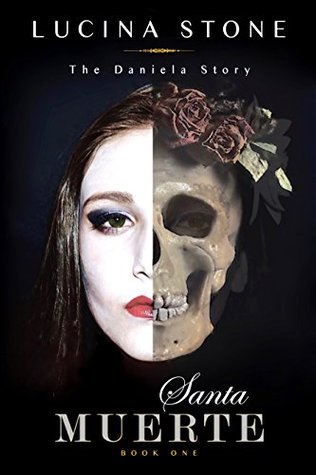 This book discusses sex, suicide, rape, and abusive relationships.  It may not be suitable for some audiences.

THE YEAR IS 2030. IN A DRAMATIC, final attempt to free her inner demons, twenty-year-old Daniela Delgado tempts fate and winds up on a strange farm in 1923. With an olive complexion due to her Mexican/Italian heritage and a fresh pixie cut, she is mistaken for a "boy of color." Her only shot at survival now is to play it cool, pose as "Danny," and figure out how to get back home to her two, loving moms. And then she meets Daphne-an abused, motherless farm girl in desperate need of freedom and a friend. Having escaped Daphne's father, the two of them are now roaming the streets of New York City disguised as a young aristocrat and her male servant. They're running out of money, and ideas. And Daniela thought living in 2030 was tough. But her solar powered smart phone works. And there's someone within range. She pings them. A selfie of an attractive male comes in with the text: I'm Lain. Who the f--- are you? Even in that moment, Daniela knows this can't be safe, but what are her choices? They meet Lain at a speakeasy on the Lower East Side. When Daniela reveals her last name, Lain says the only Delgado he knows is Anaya-the head of the Santa Muerte Coven of witches in Merida, Mexico. And then he hints that Daniela is a liar, even though she rocks a man's three-piece suit like no woman he's ever met. And as for her tattoos? Don't get Lain started.... Despite the intrigue, Daniela adds Lain to the list of folks Daphne and she must outrun to stay alive. But as they plan their trip to Mexico, they soon discover that list is much longer than they thought. And they uncover a few other things, too, about Daniela's true identity....

Before we talk about the contents of this book, can we just stare at that beautiful cover for a few more moments?  That duality is so gorgeous and so meaningful to the plot! OH!  I liked it before I read the book, but now that I see the significance, I'm drooling for it.  It's one of the most perfectly fitting covers I've seen in a long time.

Stone drew me in with a captivating prologue.  She didn't spare a single one of my emotions throughout this section.  Emma was beautifully created as a rebellious and intelligent individual.  I loved it.

Chapter 1, however, was where Stone began to let me down.  I know that she was trying to show Daniela's level of depression and hopelessness, but I think this was done pretty weakly.  I would have liked to see Daniela as a little colder and more hardened as she began to go through her plan. Luckily, Stone made a wonderful comeback and worked diligently to develop Lain, Daphne, and Daniela as better characters throughout the remainder of the novel.  These characters began as little weaklings and grew into strong, matured characters by the end of the novel.

The violence in this piece was written beautifully!  I loved the imagery that Stone obviously put a good amount of time and effort into!  Lain getting the S*** beat out of him was LEGENDARY!  His fear was so realistic it seemed to rise above the page.

Overall, I enjoyed this book.  I'm looking forward to the second book in the series because I want to see how my many remaining questions are answered.