12 Days of Fantasy for Christmas!

On Tour with Prism Book Tours

12 Days of Fantasy for Christmas
Day 7: Pretender to the Crown by Melissa McShane

Willow North is a thief, and despite her secret magical talent for sensing worked metal, she has never wanted to be anything else. But when her former fiancé appears on her doorstep with the eight-year-old King of Tremontane in tow, she is drawn into the political conflict surrounding the boy King's ascension. His uncle, a powerful Ascendant with the magic of manipulating the elements, murdered the old King and intends to kill young King Felix.

Willow intends only to take the boy to safety, but as the days pass, she finds herself increasingly attached to Felix and unwilling to leave him once he's safe. But the pretender to the Crown has a long reach, and as his men close in on the fugitives, it seems nowhere may be safe.

Willow North, the main character of Pretender to the Crown, was never meant to be anything but a throwaway line. Background: my series The Crown of Tremontane was written out of order, with the third book, Agent of the Crown, written first. In that book, the main character, a princess and a spy, mentions Willow in passing, saying she always felt sorry for her because it was such a frivolous name. That was it—Willow was just a bud on the North family tree, a passing joke to give my spy princess depth.

I don’t remember when Willow became a real character. Certainly by the time I wrote Rider of the Crown (second book in the series, third written) because I had to go back to Servant of the Crown (first book, second written) to insert Willow and her history. At that point, she was an important figure in Tremontanan history, but I knew no more about her than that. But she had captured my imagination.

I love stories about rogues, and making Willow a thief satisfied that interest. But Willow had to be more than that; she had to be someone who could lead others. Willow starts the book a loner, focused on her work and disconnected from almost everyone around her. Throughout the course of the trilogy, she discovers she cares deeply, not only about her friends but about her country as well.

Willow also has magic in a time when the country of Tremontane is ruled by magic-wielding tyrants called Ascendants. Her relationship with magic is complicated: no one can learn she has magic, or she’ll be forced to become an Ascendant, but she depends on her magic, the ability to sense worked metal, for her living. Willow’s talent was my husband’s idea, and it’s the perfect ability for a thief to have.

It’s taken years for Willow to go from being a throwaway line to being the main character of a trilogy. I hope readers will find her as fascinating as I do. 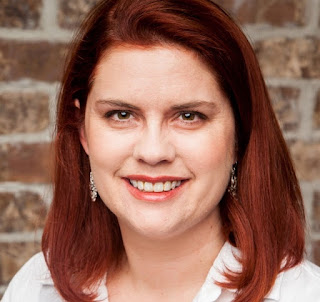 Melissa McShane is the author of several fantasy novels, including the Crown of Tremontane series, beginning with SERVANT OF THE CROWN, The Extraordinaries series, beginning with BURNING BRIGHT, and the trilogy Convergence. After a childhood spent roaming the United States, she settled in Utah with her husband, four children and a niece, two very needy cats, and a library that continues to grow out of control. She wrote reviews and critical essays for many years before turning to fiction, which is much more fun than anyone ought to be allowed to have.

1 winner will win a FIRE HD 8 TABLET from Amazon along with the following ebooks:
- TRITON'S CURSE by Sarra Cannon
- MASQUE by W.R. Gingell
- AURORA SKY: VAMPIRE HUNTER by Nikki Jefford
- A WHITE SO RED by K.D. Jones
- THE TALE OF MALLY BIDDLE by M.L. LeGette
- THE TWELFTH KEEPER by Belle Malory
- SERVANT OF THE CROWN by Melissa McShane
- THE XOE MEYERS TRILOGY by Sara C. Roethle
- TEMPEST by R.K. Ryals
- CRAVING BEAUTY be Jennifer Silverwood
- THE DESCENDANTS SERIES by Melissa Wright
- REAWAKENED by Morgan Wylie

Open to US residents or those who are eligible for the Fire Tablet in their area (those who are not, can receive cash value through PayPal)