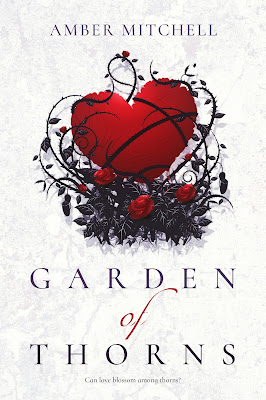 After seven grueling years of captivity in the Garden—a burlesque troupe of slave girls—sixteen-year-old Rose finds an opportunity to escape during a performance for the emperor. But the hostage she randomly chose from the crowd to aid her isn’t one of the emperor’s men—not anymore. He’s the former heir to the throne, who is now leading a rebellion against it.
Rayce is a wanted man and dangerously charismatic, the worst person for Rose to get involved with, no matter what his smile promises. But he assumes Rose’s attempt to take him hostage is part of a plot to crush the rebellion, so he takes her as his hostage. Now Rose must prove where her loyalties lie, and she offers Rayce a deal—if he helps her rescue the other girls, she’ll tell him all the Garden’s secrets.
Except the one secret she’s kept for seven years that she’ll take to her grave if she must. 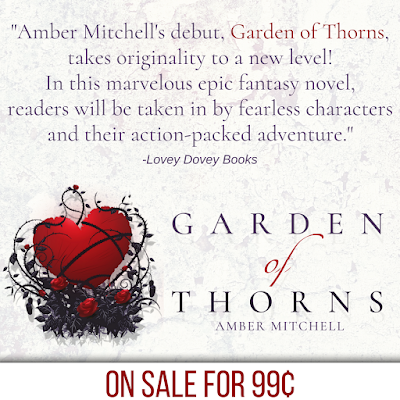 Rose will not rest until the Gardener is dead. But there are bigger battles to fight, and Rayce—leader of the rebellion and the only man Rose has ever loved—believes their best chance at winning the war is to join forces with her sworn enemy.

Saving innocent people is more important than her quest for revenge. But their new ally can’t be trusted—and he knows her darkest secret. One betrayal could leave the war and Rayce’s life hanging in the balance, and Rose will need to make the ultimate sacrifice to save them all.

About the Author
Amber Mitchell graduated from the University of South Florida with a BA in Creative Writing. She likes crazy hair styles, reading, D&D, k-dramas, good puns and great food.When she isn’t putting words on paper, she is using cardstock to craft 3D artwork or exploring new places with her husband Brian. They live a small town in Florida with their four cats where she is still waiting for a madman in a blue box to show up on her doorstep.Garden of Thorns is her debut novel from Entangled Teen.
Author Links: