The Top 3 Reasons You Should Read Moira Ashe: Kindred Spirits 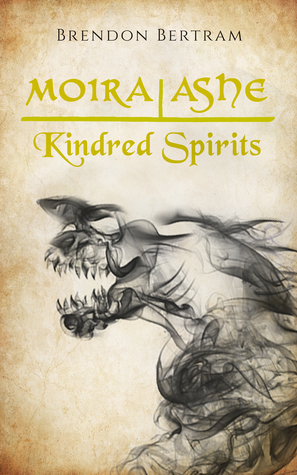 I received an ARC of this novel from the author in exchange for my honest and unbiased review.

Exposed, Moira Ashe flees to the city of Trident Bay seeking passage out of the city. Denied by every ship in port, her salvation comes from Caspian, hero, chieftain and business leader. He promises to get her out of the country, but only if she can slay the legendary Terror of Trident Bay. Moira's hunt goes awry as she is caught in the city's power struggle, a peasant uprising and romance, all while she races to leaves Fotland's shores before word reaches the city about her identity.

*This is the second in the series.  It is NOT a standalone novel.*

When the first book in this series was released, I devoured it.  You can read my four star review here.  The moment I found out the sequel had been released, I raised my hands in the air and screamed "Gimme!  Gimme!"  For most people, that's an exaggeration.  For me, that's a very true statement that terrified the ever-living-love out of my poor dog.  I felt bad for Rascal, but pretty good for me that day.

Lately, I've been splitting my reviews into things that I do and don't like about the books I read.  Bertram made this IMPOSSIBLE for me. So, I'm just going to go with the top three reasons you should read this book!

Have you read any of Bertram's works?  What do you think of them?  Do you typically enjoy werewolf novels?

Let me know in the comments below!
Posted by Jessa Julian at 3:18 PM