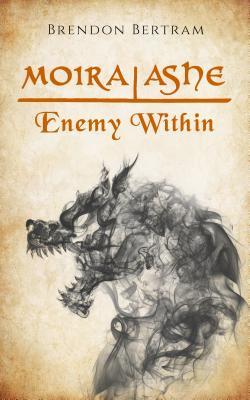 A blood moon is rising above Abalon. Werewolves, once heard of only in whispers around the borderlands, have been spotted in villages and towns mere miles from the capital, and the king is worried - worried enough to send Lincoln Clarke to find help.

But hunters this far from Abalon aren't exactly keen. Lincoln's gone through half a dozen leads before he finds Moira Ashe lurking in the corner of a tavern, her dark eyes glinting in the candlelight. It takes a bag of gold for Moira to agree even to tell Lincoln what she knows, and more still for her to allow him along on a hunt.

But what should have been a simple job turns out to be anything but. With a suspect Moira can't pin down and a string of bodies piling up in the beast's wake, Lincoln finds himself doubting Moira's skill. And with time running out and the full moon approaching, failure is not an option.

But Moira has her own secrets to protect, and the beast she and Lincoln are hunting may not be the biggest threat after all...

This is the fourth time I have tried to start this review. Why is it so difficult to write?  Bertram definitely had no problem writing his book!  Because of the brevity of the book, this will be a relatively short review.

I fell in love with Moira immediately!  What a spunky little lady!  I loved that she had so much depth to her and that she was not afraid of doing what needed to be done even in difficult situations.

Lincoln was another wonderful character!  What a dork!  I loved laughing at his internal monologues as he worked through his relationship with Moira.  However, I found him to be a bit unrealistically dopey at times. I had expected him to be a bit more aware of his surroundings and to not be as foiled by Moira as he was.

My least favorite thing about this book was definitely how short it was.  I would have loved to see the world building develop and truly branch out.  As it was, getting to know what was expected from each of the lands felt a bit forced.  I would have loved to get to know some of the minor characters a lot better, but that simply was not an option with such a short story.

Overall, Bertram writes a captivating piece with plenty of attention stealing moments.  If you are looking for a book that gets straight to the nitty gritty part of the story, this is the book for you.