MJ Markovski on Being a Writer 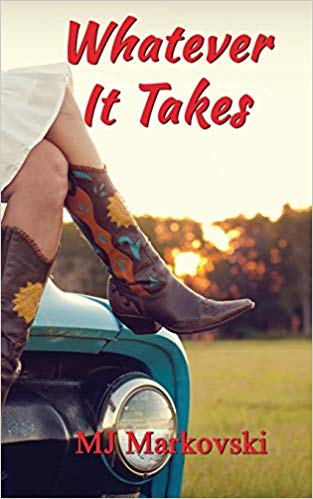 I would like to begin by thanking you for your invite to your blog.

Am I a writer? I’d like to think so. I’ve been quite busy this year, if I take a breath and think about it. But that’s what I like to do is keep my mind busy. Besides promoting my debut novel, I like to read but most often I spend my time writing. If I'm not writing. I'm spending my time with my daughter, Siena, which we will, according to her words chillaxing for the afternoon. We might read together or watch a movie together or our favorite activity is, write, (she’s taking a creative writing course in school). My debut novel released earlier this year, part of the Take Series, titled Whatever It Takes, a romantic suspense/thriller. And something I don’t really talk about is it was a challenge to write. Writing in itself is challenging but for me it became a struggle.

To begin. I’ve always been a writer and it goes back to when I was in elementary school. I was told later on that the school had wanted to skip a grade three times, but my mom wouldn’t have it, which is a good thing because I would’ve been extremely young graduating high school. You’re looking at the age of fifteen, if my mom let me skip a grade. Crazy right? As it turned out, always seventeen entering college.

As I was saying, writing is a challenge and I have the extra challenge of a disease. The disease doesn’t discriminate on its choice of victim, it’s blind to its choice. Which I could have ended up being blind among other things, because MS can do that. Fortunately, it’s been stabilized but wasn’t caught before and it up in a wheelchair. But I look at that as my mind is strong and solid, and that’s God’s way of giving me time…to write. And I take every moment that I can to do exactly that.

And as of now my plans are to have the second novel in the Take Series, titled, All That It Takes completed by the end of next month in the NaNoWriMo challenge. I know I can do it because I’ve participated in the challenge before.

I set a goal, I completed. That’s just why am, tenacious. I also, like to dabble in other genres. Those other genres include YA paranormal romance and YA futuristic urban fantasy. Over those two genres I’ve written and completed two other novels just this year. Although of course I will be promoting my debut Take Series, while I am editing thoroughly while I am editing my completed novels. Such is the life of an author/writer. For me it seems the work is never done.

Oh, and I won’t even go into the other stories that keep popping up in my mind. It’s the unfortunate and fortunate thing of how my crazy brain tends to function. He is a little secret. I’ll share with my fellow audience; I actually have to meditate at night the wind down my thoughts so I can actually sleep. Otherwise, I will never sleep peacefully. Such is the life of my creative imagination.

Thanks again for allowing me to be a guest here. 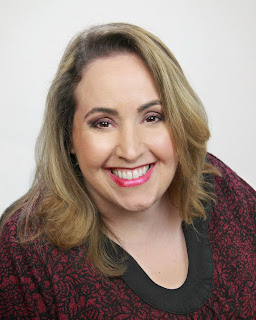 Marija Carpenter, writing as M.J. Markovski, was born in Detroit, Michigan to Macedonian immigrant parents. She led a sheltered life, then moved to Arizona for college and ended up staying in Tucson.

This first novel came out of her experiences, particularly when she became disabled. She had a very bad exacerbation from MS. The doctors thought she would die from that attack but she’s far from dead. She does use an electric wheelchair for mobility. For now, she looks at it as God’s way for her to have more time to write. She says, “I don’t let my illness define who I am.”