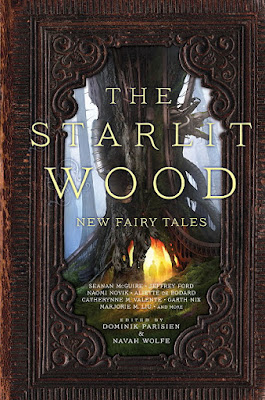 An all-new anthology of cross-genre fairy tale retellings, featuring an all-star lineup of award-winning and critically acclaimed writers.
Once upon a time. It’s how so many of our most beloved stories start.

Fairy tales have dominated our cultural imagination for centuries. From the Brothers Grimm to the Countess d’Aulnoy, from Charles Perrault to Hans Christian Anderson, storytellers have crafted all sorts of tales that have always found a place in our hearts.

Now a new generation of storytellers have taken up the mantle that the masters created and shaped their stories into something startling and electrifying.

Packed with award-winning authors, this anthology explores an array of fairy tales in startling and innovative ways, in genres and settings both traditional and unusual, including science fiction, western, and post-apocalyptic as well as traditional fantasy and contemporary horror.

From the woods to the stars, The Starlit Wood: New Fairy Tales takes readers on a journey at once unexpected and familiar, as a diverse group of writers explore some of our most beloved tales in new ways across genres and styles. 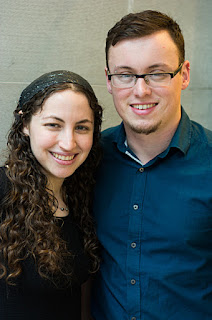 Dominik Parisien is an editor, poet, and writer. He has worked on several anthologies with Ann and Jeff VanderMeer, including The Time Traveler’s Almanac (Tor), Sisters of the Revolution (PM Press), and The Bestiary(Centipede Press). He is the editor for Clockwork Canada, an anthology of Canadian steampunk for Exile Editions. Dominik is also the poetry editor for Postscripts to Darkness, and was an editorial assistant for Weird Tales. His fiction and poetry have appeared in Strange Horizons, Uncanny Magazine, Shock Totem, Imaginarium 2013: The Best Canadian Speculative Writing, and other venues.
TWITTER | FACEBOOK | GOODREADS | WEBSITE

Navah Wolfe is an editor at Saga Press. She was previously an editor at Simon & Schuster Books for Young Readers, where she worked on many bestselling books, including some that have won awards such as the Printz Honor, The Pura Belpré Award, The Pen/Faulkner Award, The Stonewall Award, the Lambda Literary Award, and the Schneider Family Award.
TWITTER | FACEBOOK | GOODREADS | WEBSITE