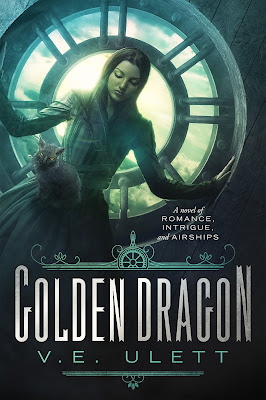 Miriam Kodio Blackwell is caught between East and West. When a Code Black arises she is recruited by Lord Q, head of British intelligence and airships, who helps Miriam escape Iran only to press her into service of the Crown. Will Miriam survive when she's put aboard the airship Nonesuch—with her captain, crew, and a Hell-Cat of fearsome reputation—and the assignment to rescue the niece of a Dutch ally taken captive in the South China Sea?

Golden Dragon is a witty new steampunk adventure, set in the Romantic age of Byron and Shelley.

Praise for Golden Dragon -
“Miriam is a great character. She figures out quickly how to use what she has in order to make an impact. I am very excited to see what new adventures will await the characters in the next book! This is a solid pick!” - MEGAN WESSELL, A Bookish Affair


“...a delightful fusion between historical fiction and fantasy with believable characters and an entertaining plot: highly recommended.” - ALARIC BOND, author of The Guinea Boat, Turn a Blind Eye, and The Fighting Sail Series 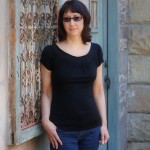 About the Author
V.E. Ulett is a long time resident of California, but spends most of her time in a romantic nineteenth century world of airships and adventure. When she isn't head down in a first hand account of capture by pirates, battle at sea, or experimental flight, V.E. is an ordinary Silicon Valley warrior. Rare leisure hours are spent with her own small Hell-Cats.
Author Links: