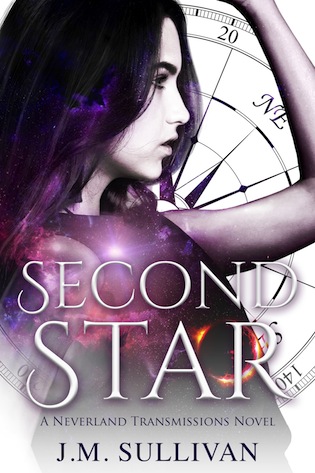 
Peter Pan has never been one to follow the rules. Abandoned as a child, he was adopted by the renowned Captain Hooke to join the crew of the starship Jolly Roger. But when Peter finds out that the elegant Captain is not as upstanding as everyone believes, he has no choice but to sabotage the ship, alienating him from the crew, the fleet, and the only family he’s ever known.
Wendy Darling has worked her entire life to rise through the ranks of the prestigious Londonierre Brigade. Now as a Captain, she has everything she’s always wanted, including a ship and crew of her own. But when the Brigade receives a strange transmission from the legendary James Hooke, lost a hundred years earlier in uncharted space and presumed dead, Wendy is willing to risk it all to rescue her hero from the planet known only as Neverland.
But there is more to Neverland than meets the eye, and more to Hooke than what was written in history books. When Wendy crash lands on the ominous planet, she quickly discovers Neverland’s dark secret; a malevolent being known as The Shadow that’s looking for a host body to escape its eternal prison. To fulfill her mission, Wendy must decide whether to trust the dashing Hooke or the mysterious Fleet mechanic who goes by the name of Pan–and she has to decide quickly…
Before the darkness consumes them all. 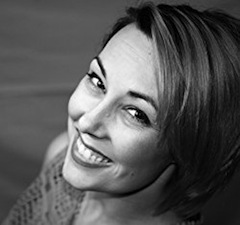 Author Bio:
An avid reader and hopeless fangirl, J.M. Sullivan shamelessly fantasized that this was, in fact, her AUROR bio, but has since determined AUTHOR bio to be the next best thing. An almost Arizona native, she was raised in Phoenix, but when asked, she will tell you her formative years were really spent in the land of make-believe, where she passed countless hours with her favorite characters in their own worlds, Wonderland included.
Eventually, society informed her that she had to grow up, so she experimented in retail, music, and business careers before realizing her passion for kids. She now works in Abu Dhabi as a middle school science teacher who fosters a love of science, literature, and learning in her students.
Although known to dabble in adulting, J.M. is a big kid at heart who still believes in true love, magic, and most of all, the power of coffee. When she isn’t busy writing or caught in a daydream, she spends her time at home with her husband, their two cats, three kids, and a whole lot of madness. And she wouldn’t have it any other way.