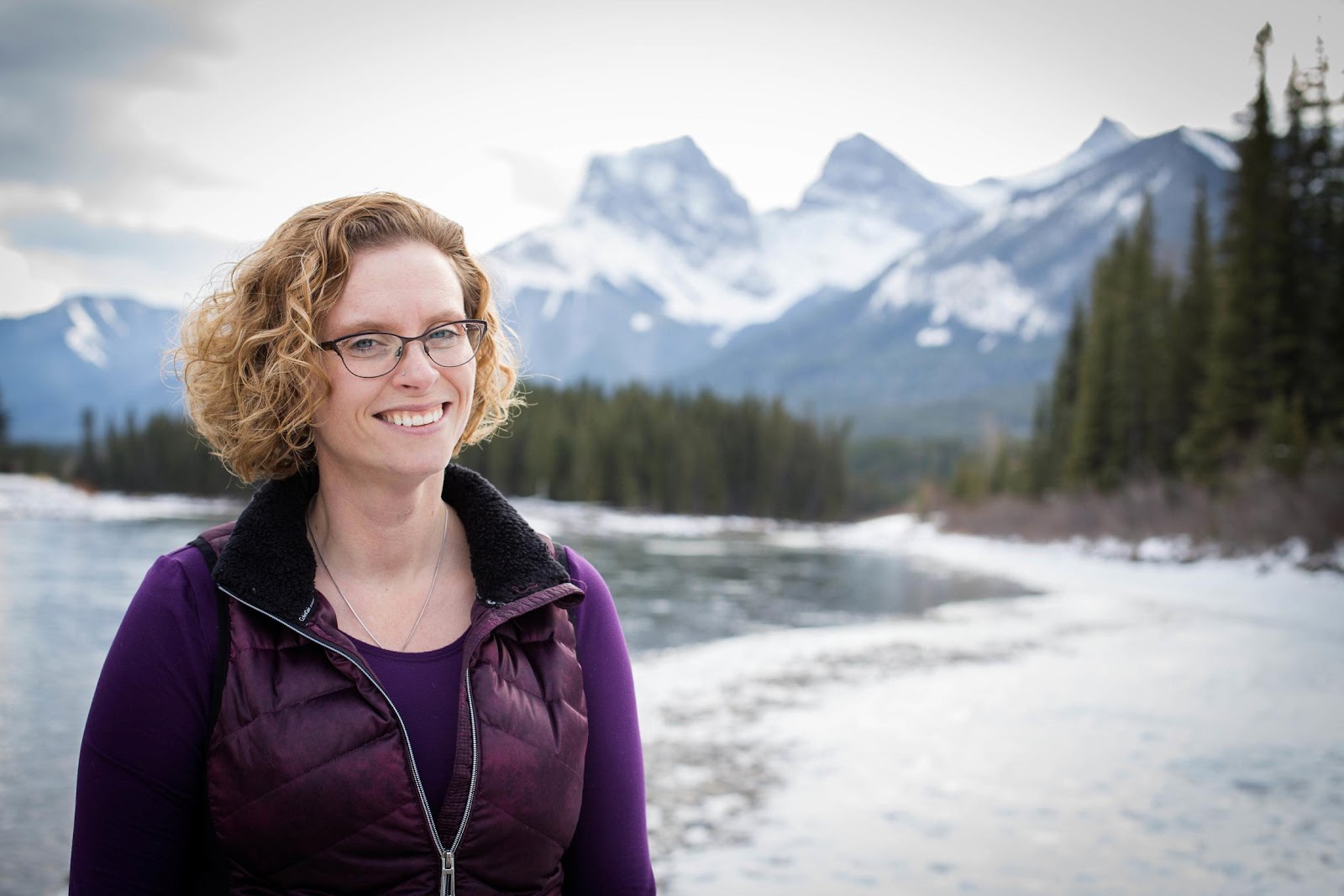 H. M. Gooden has been scribbling on everything since she first learned how to hold a pencil. While often told that her handwriting was atrocious, she persisted, and upon discovering computers and learning how to type, she realized that she was no longer limited by her (admittedly) messy writing.

Unfortunately, life and work and family have conspired to make it only possible to write in the wee hours or at coffee shops, so most of her love of reading and writing are indulged at times when only vampires and insomniacs abound.

Beginning in October of 2017, her love of writing and the characters in the world she has created burst into public view in her first book, Dream of Darkness, which follows the adventures of a group of girls fighting evil with abilities that H. M. Gooden would love to have. As a result, 4 am has become even busier trying to find out what will happen to her paranormal buddies in the future, and book six, seven and eight are in the works. 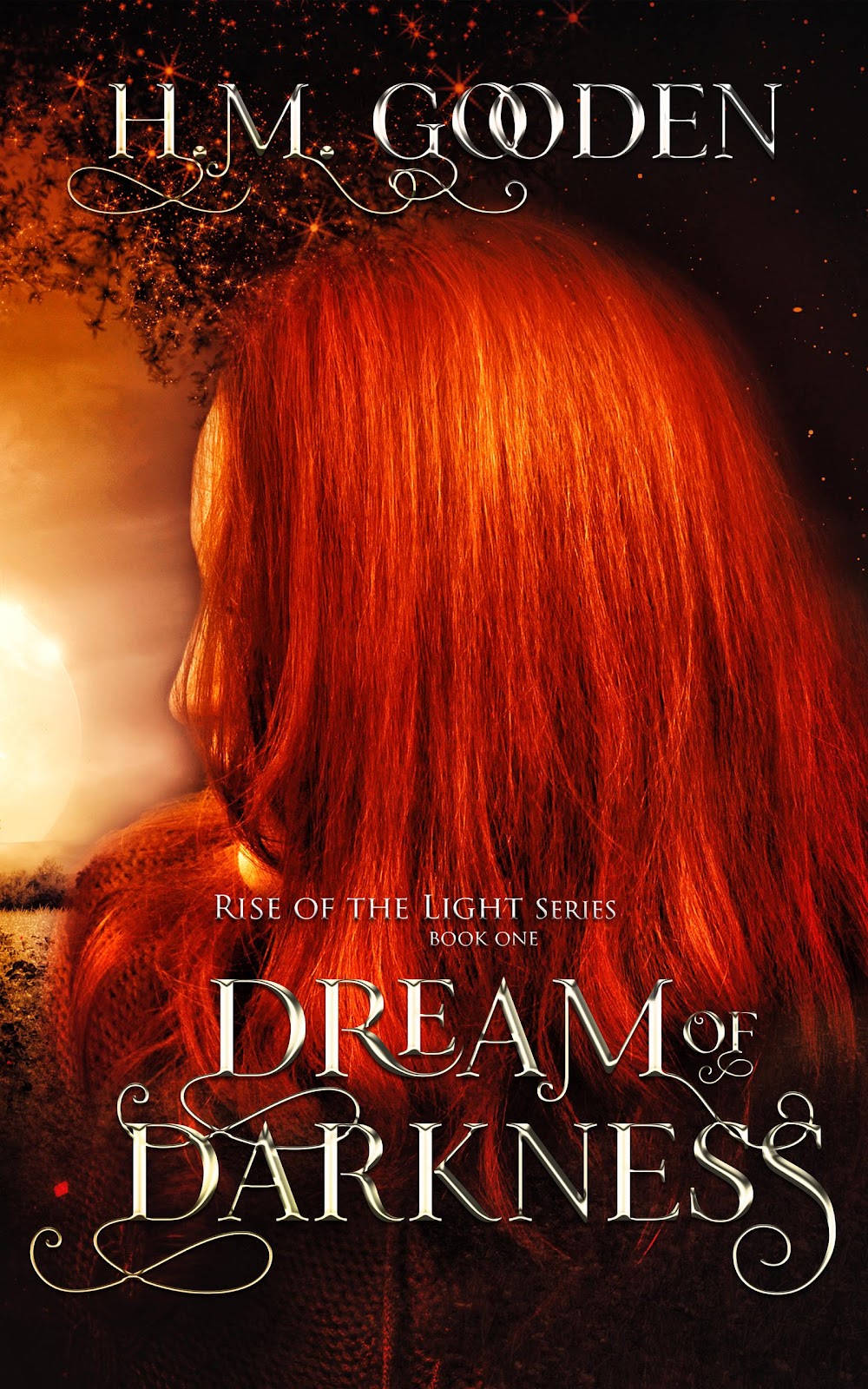 Tired of moving yet again, Cat McLean finds herself in the town of Valleyview when her dad is transferred to a new job. Along with her older sister Vanessa, she must find a way to fit into another new school for what feels like the millionth time. And if that wasn't enough to deal with, shortly after their move, Cat and Vanessa are involved in a near-fatal car accident. Waking to find that she has the ability to see auras and to heal others, Cat is horrified to also discover an ancient evil that means to destroy her new home. Cat must join forces with her sister and a new friend to defeat it, or die in the attempt. Will she learn how to harness her new powers before the darkness comes for them? Or will she succumb to the darkness she fears?

The girls finished lunch without any attention from other students, other than an occasional glance. As they walked back to the office, Cat tried to avoid catching anyone's eye, wishing again that she was more outgoing or had a thicker skin. Vanessa stopped abruptly and Cat had to pull up short to avoid running into her.

"How's the first day working out?"

A boy Cat didn't know smiled at them and she felt herself color involuntarily.

"So far so good!" Vanessa chirped.

The boy flashed another smile, and be damned if his hair didn't appear to ripple when he moved. He looked like a movie star, with his dark blond hair, dimples and grey eyes. He was probably about six feet tall, slightly taller than Cat, and well built. He looked directly at Cat, giving another blinding, toothy smile.

"We haven't met, but I guess you must be Catherine. It's not every day we get new students. I'm Declan Boyer. I'm in History with your sister."

Cat found herself feeling uncomfortable, but not because of his good looks. A weird, cold, and empty sensation washed over her. It felt completely out of place in the bright hallway, standing next to a guy who could be a homecoming hero.

"Hey, nice to meet you, too. It's Cat. Um, people call me Cat, generally." She managed to croak out her reply, wincing at how dumb she must sound.

Vanessa immediately noticed she was off and came to her rescue.

"Hey, Declan, do you know who we'd talk to about a track or running team? Cat was on the team back home before we moved and wants to try out here."

He nodded. "Of course! You want to talk to Ms. Fisk. She's the Art and Music teacher, but doubles as the cross-country coach. There aren't a lot of teachers here, I mean, the school only has 300 students from grade nine to twelve, so a lot of the teachers double as coaches." He looked at his watch. "I have a few minutes, I’d be happy to take you to her office."

Cat followed behind Vanessa and Declan, trying to figure out what felt so off. It was more than her usual discomfort with new people. This felt bigger and she knew she needed to listen to the feeling. It reminded her of the time she'd gone swimming with Vanessa and some of the neighbourhood kids. She'd refused to jump off the dock into the water when she was dared, walking out instead because of a weird feeling she'd had telling her not to do it. The next kid who'd jumped had hit a broken board and torn their leg badly. She had the same cold, dark feeling now that she'd had while wading in the water that day. Something about this beautiful guy made her as scared as she'd been back then.

"And here you go!" said Declan, bowing and waving his arm as though producing a rabbit out of a hat. "Ms. Fisk, in person."

A short and powerfully built Asian woman in her mid-forties smiled at him.

"Oh, Declan, always the charmer!" she said, as she fluttered and preened at his attention.

Declan smiled suavely, turning back to Cat. "I hope you find what you need. I'm on my way to a quick drama club meeting before lunch is over."

Vanessa straightened up, looking interested in something for the first time. Declan noticed and extended the invite to her.

"We're planning the show for the annual spring review. It's going to be a big one this year. We could use more players, if you're interested in joining us."

Vanessa looked at Cat with excitement. "Do you want to come?"

Cat shook her head. "You go ahead. I'll be busy here for awhile. I'll meet you outside after school, at the parking lot doors."

Vanessa smiled and gave a quick 'see ya' wave, before turning and following Declan down the hall without looking back.

Cat watched them walk away, still feeling an odd sense of unease, turning to see Ms. Fisk watching Declan walk away fondly. Ms. Fisk switched her attention to Cat, giving her a friendly once over.

"So, what brings you here today? Are you a budding artiste, looking for extra work perhaps? A musician? What can I help you with today, my dear?"

Cat smiled, finding the friendly warmth from the teacher relaxing after the oddness that had come with meeting Declan.

"Sorry, no. I'm not the artist in my family. But I'd heard you were the person to talk to about a cross-country or distance running club? I was on the track and cross-country team at my last school. I'd like to continue here, unless I missed try-outs, or whatever." Cat felt calm asking this teacher, warming to her open and attentive face.

Ms. Fisk smiled, regretfully. "Well, the track team is done until spring, but we do have cross-country into November, depending on weather. It isn't a very large group, so there's no need for try-outs. I can introduce you to the other students at the next practice on Wednesday and you can consider yourself officially a part of the team now, if you want. The last actual meet is in a couple of weeks."

Cat took down the rest of the information on a corner of a notebook, promising to be at the practice. Maybe she'd get a chance to talk to someone outside of class in an environment she was comfortable in. Feeling more optimistic than before, Cat checked her schedule and headed to her next class, English. Apparently they were learning Shakespeare, according to the titles on her book list. She sighed again, and prayed to whoever listened to high school students. Please spare me from a group read along...

Does writing energize or exhaust you?

I find that writing is a soothing activity for me. It allows me to escape into my imagination and create worlds and solve problems in a way my day job doesn’t. So, in that sense I would say it is energizing. However, editing is exhausting at times!

Have you ever gotten reader’s block?

Yes! I had two children within 14 months of each other and I would say that I went almost 18 months, if not longer, without reading anything of mention. I was too tired and just had no interest, which is huge for me, as I can often read a book a day!

Did you ever consider writing under a pseudonym?

I have, but in the end I guess my ego told me to keep things easy and write under my own intials. That way it is easier to point out my work and be believed ;)

What other authors are you friends with, and how do they help you become a better writer?

I have been lucky to have found a community of writers on facebook that I have become close with. They are supportive and amazing, and have written books I adore. I really feel that having a group of people that will critique your work helps so much in growing as a writer.

How did publishing your first book change your process of writing?

Once my first book was published, it was real suddenly. It added a bit of extra pressure, but also excitement, knowing that my book babies were out in the world for people to enjoy.

How many unpublished and half-finished books do you have?

Embarrassingly, I have no idea! At least 6 right now are waiting for edits, maybe eight! I never half-finish though- I need to see how the story ends. The only one not finished is my current work in progress.

Success is when your books pay for themselves and the time to create them, and seeing my name on someone’s TBR/ Favorite books lists.

What is the most difficult part of your artistic process?

Carving out the time!

Does your family support your career as a writer?

100%. They are fabulous and have been wonderful.
How long on average does it take you to write a book?

That completely depends on the book! I have taken as long as 4 months, and as little as 3 weeks to write a full length novel of 60,000 words. It depends on the amount of free time and the drive I have to get to the end.
Posted by Jessa Julian at 12:00 AM