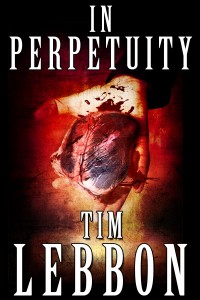 Description from NetGalley
It all started when four-year-old Sam suddenly went missing. Desperate to find his son, Sam’s father is given a bizarre task by a mysterious Keeper who has taken his child away. The Keeper orders him to: “Find me proof of love.” With no other options, he must except the seemingly impossible quest if he ever wants to see his son again. But he soon discovers a hidden world of invisible people also searching for strange miracles for this monstrous Keeper… and some of them are mad. So mad that they will kill to find what they seek.

What I Liked
I absolutely loved that this story is told from the father's point of view.  Although his name is never given, I cared deeply about what happened.  I HAD TO KNOW IF HE WOULD EVER GET SAMMY BACK! Lebbon truly plays with your feelings as you hear the haunting calls of his stolen son as he grows up.
Lebbon's talent for writing characters that are truly cared about is only strengthened when we are given another character to worry about.  Will Elizabeth get her daughter back? Will everything be OK?
Some horror stories are so gory that I can feel the vomit coming up the back of my throat.  Lebbon was able to present a terrifying and bone chilling tale without using over the top gore.  Instead, he successfully relies on psychological terrors.  Honestly, I think that this book would be less terrifying if he include more gore.  The sheer thought of what would be waiting around the next corner and what the Green Man would do next were enough for me.  Lebbon's writing style forces the audience to care more for a father's fear of losing his son than for the threat of pain.

Finally, the ending was so powerful and so poignant that although it seems to come out of left field, it is more terrifying and more painful than any predicted ending could have been.  If you like endings that blow your mind and stuff all of your feelings in a sack and punch them around, this is the tale for you.

What I Didn't Like
The ONLY thing that I didn't like about this whole novel was that the antagonists (both the Green Man and the Keeper) were incredibly underdeveloped.  I believe that Lebbon did this in an attempt to shroud them with mystery, but I think that the story could have been scarier had we known why these two characters did what they were doing. Was the Keeper looking for these things out of his own
perversion or because something had been taken from him?  What was the Green Man looking for.  I'm honestly pissed that I'll never know.

Final Thoughts
I will most definitely be looking for more Tim Lebbon books in the future.  This book was the first of his that I've read and it will not be the last one. I think that we can look forward to great things from this man.