Check it Out! Legacy of the Minds by H. R. Moore

Legacy of the Mind
by H.R. Moore
Genre: YA Fantasy Romance 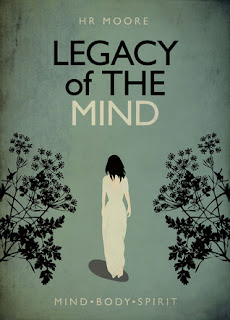 Anita has never been ordinary, she’s stuck out like a sore thumb her entire life; not only can she see the energy of others, a rare skill, but she’s won every Body challenge she’s ever entered. So when the powerful, good looking Descendants, Marcus and Alexander, mysteriously arrive in Empire, her difference attracts and keeps their attention.

Once in Empire, the sudden death of ruling Body Descendant, Christiana, sets in motion a number of events; a quest for the treacherous Austin to find the girl Christiana had been looking for; a challenge where Anita stands out more vibrantly than ever before; a perilous dip in the world’s energy; and a dangerous belief among the people that they will never truly be free. Powerful factions soon form within the ruling elite and when a trusted friend and mentor reaches out to ask for Anita’s help, she has to make a choice; help her friend and betray the one she loves, or do nothing and watch the people starve.

Excerpt
After three, enormous courses and a significant quantity of various types of wine, Anita decided it was time to open the dancing.  In line with tradition, there would be no announcement, but Anita and Marcus would take to the floor at a time of their choosing, throwing a signal to the band and surprising the audience by launching into their dance.

Anita reached over and took Marcus’ hand under the table.  She inclined her head in the direction of the open space between the banquet tables and he smiled in agreement.  He led Anita around the top table, waving to the band as they passed.  The band immediately sprang into life, striking up a jaunty number and the room quietened in expectant anticipation.  Anita could hardly contain her excitement.

She loved to dance and leaving Marcus by the edge of the tables, she spun her way to the middle of the floor.  Marcus ran after her and caught her just as she stopped spinning, leant her backwards seductively, then restored her to an upright position in a slow, fluid, silky movement.  They smiled at each other as they came back face to face, each reminded of their dance on the cliff, before Marcus almost violently spun Anita out and back in again.  They tangoed around the floor, paying no attention to their audience, who watched open-mouthed at the display.  They had all expected a polite waltz to start proceedings, and certainly no one had expected this.

After a couple of minutes of the borderline inappropriate spectacle, complete with too much body contact, a number of improper looks, and all topped off by the suggestive backing track, the others eligible to join the first dance got up and made their way to the floor.  All expect Austin, whose face was like thunder as he watched his son’s embarrassing exhibition with the girl he was beginning to hate.  Marcus and Anita finished their opener with a flourish, Marcus spinning Anita around so they were back to back before lifting her high on his shoulders, her arms outstretched.  He spun several times before letting her slide back to the floor, having masterfully positioned them to join the set laid out by the others in preparation for the formal dancing.  He kissed her hand racily and threw her one last risqué look as they took their places. 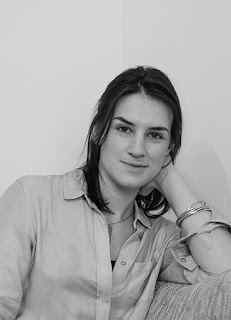 About the Author
Harriet was born in Germany in 1987, the family returning to the UK, to Dorset shortly afterwards. She lived there until she was 5, her grandfather teaching her the basics of cheating at cards and swindling chocolate, her mother starting to instill a (some would argue) unhealthy relationship with cake, and the neighbours demonstrating that some people don't understand cherry blossom is there to be picked, mixed with mint and water and sold as perfume.

Then there was Scotland; stealthy guinea pig breeding, riding horses, advanced cards, more cake, then to Devon and school in Exeter. She loved maths in the early years, but by the time she got to A Level, Sociology was her favourite subject, opening her eyes to things she'd never before considered, namely, nobody is really right, nobody is really normal and primary socialisation has a lot to answer for.

At the age of about 12, Harriet started rowing for Exeter Rowing Club. This quickly took over her life and before too long she was clad in lycra, training 6 days a week and competing at events around the country.

After finishing her A Levels, Harriet went to university in St Andrews, studying Philosophy for two years, then switching to Management. She was particularly interested in the 'people' elements of her course and especially the areas concerning how people create and react to change. After four very civilised years by the sea, she ventured to London, to foray into the strange world of insurance (surprisingly, more interesting than you might think). She worked as a Project Manager on large change programmes before founding her own consultancy in 2015.

Harriet now lives in Hertfordshire with her husband Chris and daughter Atia. When she isn't, writing, editing, eating, running around after her toddler, or imagining how much better life would be with the addition of a springer spaniel, she occasionally finds the time to make hats.