Why Heart Murmurs Made My Heart Smile 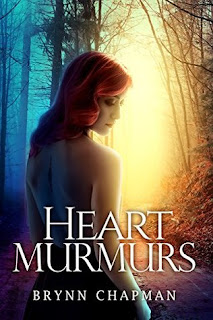 
Description from GoodReads
Mia Templeton is dying. Or was dying. After receiving a heart transplant, her world is forever altered. Before her eyes open, she overhears her donor was murdered. Whispers invade Mia's mind before she's even left the recovery room. She develops tastes for foods she once hated, and dreams so vivid, they feel like someone else's memories. Her personality is altered - once a quiet doormat, she's now inexplicably flippant, and confident. And her unexplained longing for the new boy at school is borderline obsessive.


Morgan Kelly is new. Adopted by his aunt, a descendant of Louisa May Alcott (Little Women), he's thrown into life at a new high school, and as a historical guide for his aunt's store - a homage to all things Alcott. Conspiracy theories abound about his mangled lower leg - but no one has been brave enough to ask. Till Mia.

Something is awry with the Underground Railroad tunnels beneath his aunt's home. Mia and Morgan enter the world of a secret Literary Society - and are drafted to help bring a rogue Literary giant to justice, solve the mystery of her heart donor, and the real fate of Beth from Little Women.

My Thoughts
I had sworn to myself that I would not allow my TBR to grow at all.  I was not going to add one more book to it because I was already booked and was falling behind.  And then...I heard about Heart Murmurs.  One simply cannot trust leaving me and Louisa May Alcott or Jane Austen in a room alone. And both authors are present in this book!  How was I to say no?

Like many other books, there were several things I felt Chapman did really well.  There were also a few weak points in her story.  Let's start with the good, shall we?

First, I loved her characterization!  She created a wonderfully strong MC, Mia, who not only starts the book in the middle of a heart transplant, but who grows to find her own strength in her second chance at life.  Even though she had plenty to whine/complain about, I really enjoyed that she was a character who didn't just whine her way through. More often than not, she was forced to face and accept difficult realities.  She did so with grace.  She was willing to go on despite each hardship she faced and she was unafraid of being true to herself.

My favorite character, though, was definitely Morgan.  Not only was he described as a wonderfully handsome beast, he is an absolute gentleman!  In my opinion, today's men could learn a lesson or two from his "antiquated" ways!  I loved that he was willing to be in love with Mia, but unwilling to make love to her because he wanted to protect her honor.  I know that seems cliche, but I found it refreshing to see a man who thinks with his big head and not the little guy down below.

As much as I loved the way Chapman developed her characters, I thought that her focus on imagination and individuality was what truly drove this story into my heart.  As a teacher, I see a lot of students who are afraid to think outside of the box because they have no idea what could result.  Mia has no idea what to expect and everything to lose, but is forced to rely on her imagination.  Chapman provides today's youth a wonderful opportunity to view the importance of imagination and creativity.  I would love to have my students read this book just to learn that lesson!

Unfortunately, there were a few places that required some improvement thati believe it is necessary to discuss.

Of the negative aspects, the smallest was definitely the few errors that I found dispersed throughout the novel.  I know that most of these will be overlooked by the average reader, but they were present.

Additionally, I found the relationship between Morgan and Mia to speed along much too quickly.  In a matter of weeks, they went from having never met to knowing that they were meant for each other.  I cannot accept that as real.  The romance between the two was quite obvious, but it is unlikely for a romance to develop into something that deep that quickly.

Lastly, I felt that Chapman needed to add a little more excitement to this piece.  When we finally reached the climax, I felt that the rising action had happened so late in the novel that there was barely any buildup to the climax.  I would have loved to see more plot development overall. 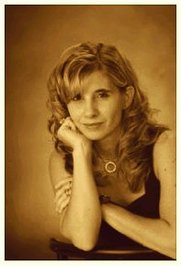 About the Author
Born and raised in western Pennsylvania, Brynn Chapman is the daughter of two teachers. Her
writing reflects her passions: science, history and love—not necessarily in that order. In real life, the geek gene runs strong in her family, as does the Asperger’s syndrome. Her writing reflects her experience as a pediatric therapist and her interactions with society’s downtrodden. In fiction, she’s a strong believer in underdogs and happily-ever-afters. She also writes non-fiction and lectures on the subjects of autism and sensory integration and is a medical contributor to online journal The Age of Autism.

She also writes under the pseudonym R.R. Smythe .
Posted by Jessa Julian at 8:46 PM