GoodReads Description
Because of his troubled past, twenty-five-year-old Patrick Carter is determined to live a life without confrontation. A lifeguard by day and a bartender by night, he's content with his care-free daily routine, whiling away the summer on the shores of Lake Huron in southern Ontario.

But one day, as he walks along the Ausable River on his way home, a cry for help makes him plunge into the river's strong current and pull fourteen-year-old Samantha McLeod to safety. Samantha, believed to be a witness to a massive weapons exchange, is marked to death by ruthless arms dealers-along with the man who saved her.

A task force, established to safeguard the country against terrorist attacks, hunts down Oscar Calander, responsible for the weapons trade that is spreading from the Yukon to Ontario. They don't spare efforts or technological advances, even using drones in the attempt to destroy the deadly traffic.

Patrick Carter is not keen on cooperating with the task force, reluctant to move from his comfort zone to a world of suspicion and violence. He wavers-and his hesitation could be costly.

My Thoughts
Uffda.  I hate giving books less than 4/5.  It makes me feel like a bad guy.  Overall, I genuinely enjoyed the story.  However, I refuse to promise my honesty and then not give it.  So, let's start with the positives...

First, I loved the McLeod family.  I really thought that they were mostly believable and that they worked really well as a family unit.  They felt pain and joy together, but still had their unique problems and quirky moments.  If everything would have been cheery all the time or sad all the time, this family would not have worked well.  As that was not the case, I think it worked out superbly.

I also loved being able to see from the point of view of the bad guys.  I really didn't expect the villains to be as well-devloped as the victims and was impressed by this level of characterization.

There were a few places where the timeline wasn't quite spot on.  This made it difficult to follow from time to time. Overall, I was able to make sense out of it even if it was difficult in a few places.

Where I had the most trouble, however, was that Natan didn't seem to know her own character's names.  At one point, she refers to the McLeod family as the McLean family and is talking about Patrick attending kindergarten when it is Justin who is the student.  Additionally, I found a large number of typographical errors.  I'm not sure if these were due to the formatting change from computer to kindle, or if they are genuinely in the book.

After stating so many negative things, I want to reiterate that I truly enjoyed the story.  Natan has a wonderful way of presenting her story.  I just wish that some of the finer details had been more polished before it was sent to me for review.  Those small things can make a huge difference to the readability of the novel. 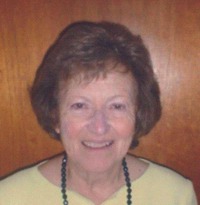 About the Author
I always wanted to be a storyteller. At recess time I gathered some of my schoolmates and entertain them with stories—some of my own, others just summaries of books I read. My life, however, took a different turn, and I ended up following a career in information technology (as Professor Irene Gargantini). This over, I reverted to my old passion: plotting intrigues and mysteries and creating romantic or passionate encounters. I took several e-courses on fiction writing and began jotting down my tales. So far I have written nine novels, several short stories and co-authored a novella. The genre varies from romantic suspense (Mountains of Dawn, The Collage, The Loves and Tribulations of Detective Stephen Carlton, The Woman in Black, The Red Manor) to thriller (The Jungfrau Watch, The Blackpox Threat, The Bricklayer, Fleeting Visions).