Title: Calling the Reaper (The Book of Purgatory #1) 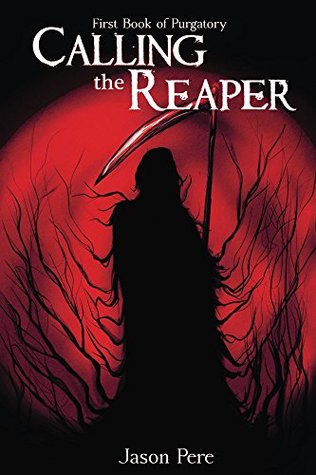 GoodReads Description
The time of the Unity has ended. Now, the realm of man is stranded between Paradise and Purgatory. The Valkyrie and Reaper battle over the fate of all who pass from the land of the living and into the afterlife.


Eight mortal spirits from vastly different worlds tread the same, inevitable path toward their last, crucial decision. Within them all exists the defining conflict every man must face—to look upon the end of their life with glory and honor, or to give credence to their baser longings, calling the Reaper to their own demise.

In this rich, harrowing tale of pride, deceit, honor, vengeance, and redemption, each individual must battle their inner turmoil, facing the sacrifices they have made before their unavoidable end in the land of the living.

But their last day in life is also their first day of death amidst the terrors of the underworld. Lord Master Death wants them all…and the real battle has only just begun.

My Thoughts
This book was impossible to put down!  I loved reading Pere's descriptive writing style as he took his audience through each of the eight stories in his book.

Pere's style is so descriptive that it felt like I was truly there watching the action as I read the novel.  It was incredible to be able to imagine their pain and triumphs so vividly.  For example, in one of the stories, a character is branded.  It was so easy for me to imagine that someone was actually branding my leg that I needed to look down and make sure that was not the case.

In addition to Pere's vivid imagery, I enjoyed the way he designed many of his characters to be so compelled to pay a debt or to right a wrong that they never saw their own death coming.  We do not all live to be old or to have the chance to die in our sleep.  Pere did a wonderful job demonstrating this layer of humanity in all of his characters.

I am so excited to be able to share this book with you!  Make sure you sign up for the giveaway below! 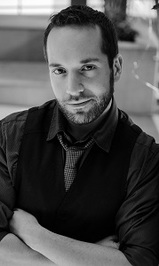 Author Bio
Jason Pere is a born-and-raised New Englander. He always had a passion for the arts and creative storytelling. At the age of thirteen, Jason took up the craft of acting for film and theater. He pursued that interest for over a decade until refocusing his medium of expression into writing.

At first, Jason took a causal interest in writing, starting with poetry and journaling. Over time, he honed his direction and finally began writing larger works. In November of 2012, Jason self-published his first book, Modern Knighthood: Diary of a Warrior Poet.

Since then, Jason has continued writing on his own, mostly short stories and poetry. Calling the Reaper was his first experience committing to a full-length Fiction title.

In early 2015, Jason became affiliated with Collaborative Writing Challenge (CWC). Since then, he has joined many other writers on numerous collaborative projects. Jason is a regular contributor to CWC and is scheduled to have multiple pieces of his work appear in their publications throughout 2016.

You can find out more about Jason Pere’s involvement and publications in collaborative fiction at: http://www.collaborativewritingchallenge.com

To connect with Jason, check him out at: http://www.facebook.com/jason.pere.7

Jason also writes fanfiction for Team Covenant on their Blog of the Pheonixborn, dedicated to the new game by Plaid Hat Games, ‘Ashes’. Go to http://teamcovenant.com/ashesonline/ to read Jason’s flash fiction work.

a Rafflecopter giveaway
Posted by Jessa Julian at 6:49 AM