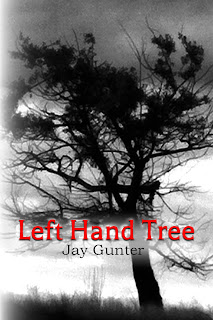 I received this book from the publisher in exchange for my honest and unbiased review.


Description
“I LOOKED INTO DARKNESS . . . AND THERE I DID SEE.”
In these pages you will encounter strange stories of otherworldly evil, sent from a place eerily familiar, yet utterly bizarre, to deliver a stealthy sense of disquiet that will haunt your dreams.

LEFT HAND TREE
Tales like the title story, where an infant awaits a monstrous fate, and whose only salvation is a man with an ocean of blood on his hands.

LEFT HAND TREE
Tales like, “The Fourth Son of Adam,” where a skeptical reporter makes a pilgrimage of dark discovery that will threaten to poison his soul, his sanity . . . and even extinguish his humanity.

LEFT HAND TREE
Tales like “Triptych”, where a maestro of evil is haunted by an unthinkable revenant intent on delivering him to an unimaginable confrontation.

“THE DEAD ONES DANCING ROUND THE LEFT HAND TREE . . .”
All these and more you will discover when you read these pages and enter their world of horror and strangeness.
Come, if you dare, and be changed . . . perhaps forever . . .


My Thoughts
In my family, Halloween was the biggest holiday of the year. We started trying to scare each other at a very early age and watched horror movies as soon as we possibly could. My sister saw Freddy V Jason for the first time when she was seven years old. I tell you this, not to make you think that my family was insane, but so that you can understand the severity of my saying that this book scared the heck out of me. I am not exaggerating when I say that I had to bring my 72 pound dog with me to go out to my car at night right after I finished my book. And even with Rascal there, I was checking behind me each step of the way.

Let me start by talking about the writing. Gunter is afraid of neither adjective nor adverb. When the characters feel or see something, you see or feel something. This helped him bring the horror to a whole new level. It was especially terrifying and painful when he described the way that a child was harmed or the way that it felt as a main character was healing. I was so enthralled in his writing that I read this book in two long sittings. The first day, I read the first 150 pages. I finished the other 230 pages the next time. There were definitely parts of this book that almost made me want to put it down. At one point, a character talks about stealing money from his mother and harming her when she complained about the missing money. This bothered in me in so many ways that I had to remind myself not to fling my Kindle across the room. (That would only have ended in tears and curse words.)

I am still trying to figure out which of these stories scared me the most. The first one, "Left Hand Tree" was terrifying because it included the most pain and the most qualities that went against my morals. The second one, "The Fourth Son of Adam," continued the Satanic ideas that were introduced in the first story, but introduced a vampire. This character was absolutely insane and seemingly impossible to kill. The third story, "Triptych," was arguably the least frightening of the bunch. This one was more intimidating in a spiritual way than it was actually scary. The final story, "Flowers" was the most stereotypical scary story of them all. However, it was also the most believable. It really made me consider what could be out there and it was this story that came to my mind as Rascal and I trudged through the snow to my car.

Unfortunately, I didn't have a favorite character in each of the tales. My favorite, Macklin, is only present in "Left Hand Tree." I loved that he was willing to endure whatever pain or torture came his way in order to find the missing boy. Yes, he could have turned down the job at any time or claimed that it was too difficult. Instead, he kept his word and found him. Macklin endured just as much, if not more, pain than the abused child but he still kept his wits about him as he went on his search. I admire his dedication.

I have every intention to read this book again after I have forgotten many of the stories inside it. I want to let them freak me out all over again. Gunter WILL give you the goosebumps you are looking for. 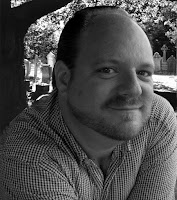 About the Author
Jay Gunter was born in Great Falls, Montana. He currently resides in the Spokane, Washington area
where he teaches Communication Studies at Eastern Washington University. His interests range from
action and horror films to supernatural and suspense fiction. He has enjoyed things outré and
frightening since he was a very young boy, although he may have disputed the fact at that young age.

“I can remember sitting on my dad’s lap one Saturday afternoon, watching Boris Karloff as Frankenstein’s monster on our television set. Karloff was doing his genius performance as the monster, howling and growling and battering at this door in order to escape, and it was so loud and scary and awful, that I sat and screamed my head off while my dad fruitlessly tried to get me to realize that it was all just a movie. But that monster was absolutely real to me, and I just wanted it to go away. Finally, my mom had to intervene from the kitchen; she told my dad to just turn the channel, and he did. After that, if I even saw a hint of a Frankenstein, or a Wolf Man or other old-fashioned monster on the TV, I’d either leave the room, or I’d stare at the screen and whimper like a bird hypnotized by a snake. I’m sure that warped me somehow!”

Click here for a chance to win the necklace shown! 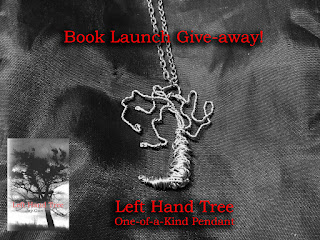