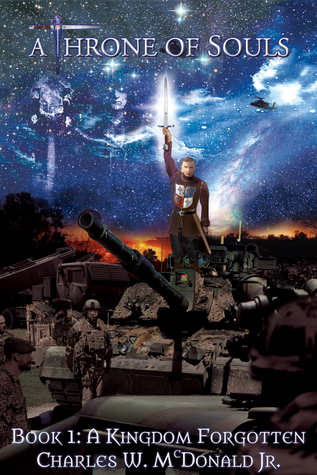 Description from GoodReads
We, the seeds of Humanity, are all the descendants of hardened criminals, fighting to survive the unmaking of A Throne of Souls...

Magic and technology have already met on a world far more advanced than our own only to dispense their most dangerous and hardened criminals, for magic has been outlawed. Their descendants—us here on Earth, along with the rest of Humanity—are now left to grapple with a Creation undone at the hands of an outlaw mage whose Master Plan affects the seeds of Humanity throughout the known Universe. This outlaw—this Dark Knight of Magic—must accumulate immeasurable power to thwart the fork of consequences that brought forth the making of A Throne of Souls. This story, this execution of his Master Plan originating centuries into the past, begins and ends with a triad of pivotal relationships, and with his evolving understanding of his own soul. Within the Master Plan, the dichotomy between hate and hope, across a landscape far beyond epic, is illustrated through vibrant characters developed over two-and-a-half decades.

Read the content that produced over 4,000 FB likes in just a few days.

A Note from the Author: This thought-provoking, epic, and cerebral thriller breaks all the rules crossing over Sci-Fi, Fantasy, Fiction, and Military-Fiction genres but as you start reading A Throne of Souls, it will become apparent why those rules had to be broken to tell multi-world this story of Humanity. My goal in delivering this product to you was to be worthy of this inimitable story in the way that I tell it—to bring it to you in my voice, but to do so beautifully, elegantly, and intelligently. There are several things that make this story unique including a flex-style narrative that changes with the scene and technology level available to those characters, a multi-perspective view within given scenes illustrating impactful moments upon a 360-degree axis, and a voice that is more consistent with real-world application. Is it magical realism? Sort of! Is it complex? Oh yeah!! Think of it like a large puzzle with lots of moving parts and throw in just the right amount of disinformation hidden between truths of nuanced clues. This isn’t a story that’s going to be easy for you to figure out—not by any stretch of the imagination, but if you’re up for a challenge, step into A Throne of Souls…

Now, if you’re used to stories that are your traditional ‘good’ vs ‘evil,’ single protagonist saves the world type of story, this isn’t that! My protagonists are not always ‘good,’ and my antagonists are not always ‘bad.’ I believe they should reflect the real-world, with real thoughts, emotions, and agendas—and that they do. If you’re used to stories with a single protagonist with overt rationale in the narrative, you’re going to be disappointed, because that’s not my style. I wanted to bring something different to the market and this is about as different as Epic Fantasy and Crossover novels get. If it’s been a long time since you’ve read something that made you cry, scream, laugh, or cheer out loud, then A Throne of Souls was written for you. Those are the kind of stories I like to read, and that’s why I wrote A Throne of Souls. Please enjoy it with all my best hopes and wishes. – Charles W. McDonald Jr.

My Thoughts
When I started this book, I seriously questioned what I got myself into.  I was so very, very confused.  There were so many time jumps from place to place and character to character that I never thought that my head would stop spinning.  I almost decided not to finish this book.  But, I stayed with it.  And I am so incredibly glad that I did.

McDonald does rely on a lot of point of view and time changes.  However, this book would not be as well-written or as gripping if he had chosen to write it any other way.  The time changes that once confused me soon became little bits of excitement as I watched the story move around and character lines connect.  It was amazing to watch all of the characters interact as they befriended, loved, and betrayed each other.

McDonald presents his audience with a plethora of characters.  Of these, my favorite was Damon.  His personality swings between troubled and just sheer trouble.  Damon definitely enjoys his power and shows it through his arrogance. I loved seeing what that huge mind of his would think up next!  Radin on the other hand, I found rather whiny and annoying.  I really liked him at the beginning of the novel, but as his powers progressed, he changed.  And, I did not like the changes that occurred.

Despite the parts of this book that I absolutely loved, it was a bit complex in the beginning.  I would have preferred for that to gain a little bit more complexity as the book developed. I would have also appreciated more character development.  While I felt that Radin and Damon were very well-developed,  I would have loved to learn more about Eldrac, Talemar, and Evanyil.  Evanyil is mentioned so many times, but she is never fully explained enough for the audience to be as awed by her as the characters seem to be.

Overall, I truly enjoyed reading this book.  I am looking forward to reading the other four books in the series as they are released. 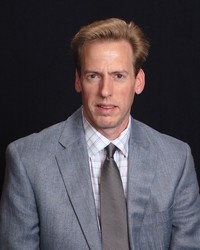 About the Author
Charles W. McDonald Jr. was born in Oklahoma City, raised in Norman, Oklahoma, and is a graduate of the University of Oklahoma with a BBA in Management Information Systems and a Minor in Economics. He also has a background in Aerospace Engineering and High Availability Systems Engineering. Honorably discharged from the United States Air Force Reserves, he also has a background in the armed forces. He lives with his wife, Brandy L. McDonald, in Roanoke, TX.

In the summer of 1995, Charles read every available book on the Wheel of Time by Robert Jordan in a couple of weeks, and later that same July awoke in the middle of the night from an incredibly immersive dream. Charles began writing, by hand, everything he could remember from that dream which became the outline for the story of A Throne of Souls. Very shortly afterwards, Charles wrote Robert Jordan directly, looking for advice and inspiration for his own work, and Robert Jordan personally responded in a three-page letter, encouraging Charles to tell his story in his way, in his voice, and in his time. The completion of A Throne of Souls is a deeply personal mission for Charles to thank the spirit of Robert Jordan